On Monday March 28th, Singapore’s government published the White Paper on Singapore Women’s Development, which proposed that women aged 21 to 35 could soon be able to choose to freeze their eggs regardless of their marital status. Currently, only married couples with medical conditions are allowed to carry out this procedure. Many people are wondering, what exactly is egg freezing? What does it do and should I go through this procedure as well? This article will bring you through the following questions.

What is egg freezing?

The egg is the female reproductive cell, also known as the ovum or oocyte. It is produced by the female’s ovary and released once a month in women of reproductive age (between 15 to 50). Without sexual activity, an egg would be released from the body on a monthly basis. However, if an egg combines with a sperm – the male’s reproductive cell, they will form a zygote – the first ever cell of the baby.

Egg freezing, also known as mature oocyte cryopreservation, is a method commonly used to preserve the viable egg so that it can be used in the future. It is commonly performed in women with medical conditions that could result in their loss of ability to produce a viable egg in the foreseeable future.

What are the legislations in Asia?

In terms of legislation, Asian countries in general are more conservative compared to their western counterparts. In China, medical regulations deny single women from accessing treatments of in vitro fertilisation and egg freezing.  In Malaysia, Muslim women are forbidden by a fatwa to freeze their eggs before marriage. Needless to say, egg freezing for social purposes is strictly not allowed. Similarly, Indonesia allows married women to freeze their eggs, but they can only be fertilized by their legal spouse, regardless of their marital status at the time of the egg freezing procedure.

Current legislations in Thailand forbid single women to freeze their eggs. And if she is married, the eggs must be for her own use – not for donation, or even taken out of Thailand. However, in February this year, the Thai government has proposed to change the related law concerning the freezing of eggs, sperm or embryos. However it is unclear how long the legislation process will take.

Things are a bit tricky in South Korea and the Philippines as there is no relevant legislation at all in terms of who or when someone can freeze their egg or sperm for later use. However, the Korean Bioethics and Safety Act does set a five-year embryo storage limit.

Similarly in Japan, egg freezing is a legal grey area. But one city in particular – Urayasu, covers 80% of the cost of the egg freezing procedure for women, to boost the city’s declining birth rate.

How is egg freezing carried out?

Here are the major steps involved:

Usually, for a woman aged 35 or under, 10-12 eggs can be collected from one procedure. 7-9 of these could be suitable for storage, and half of these will survive the warming procedure when needed and fertilise.

Do I need egg freezing?

Firstly, egg freezing is not covered by public medical insurance in most countries. Usually, it would cost around 6,000 to 10,000 USD depending on the country you are in or the clinic you choose to carry out the procedure. Additionally, there may be a storage fee of roughly 600 USD per year.

Here are some common groups of people that could be recommended by doctors to have egg freezing:

In the meantime, it is important to bear in mind that women who become pregnant later than 35 years old are at increased risk of gestational diabetes, caesarean delivery, and preterm delivery. Research has also indicated that there could be a slight increase in the risk of congenital structural abnormalities with IVF.

As a final note, Singapore’s new legislation has to some extent pioneered this shift in the laws surrounding egg freezing in Asia. And it is also a welcome change towards progressive women empowerment. However, bear in mind that this is still a medical procedure and there are risks associated with it. Discuss the options with your doctor, and make sure to choose a certified clinic. 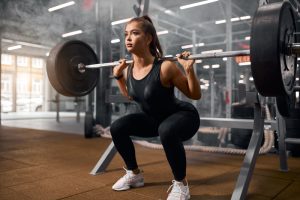 Introduction This series of articles will be catered towards the beginners, so we do not wish to replicate the same amount of nuance and details An Overview on Antibiotics

Antibiotics can prevent and treat certain infections. Several types of antibiotics exist, find out more in this article.

Growing a baby inside you is a long process. It takes a whole nine months for the baby to develop and reach the size of