In another article, we have discussed the risk factors, diagnosis and treatments of lung cancer. What about the causes and different types? Continue reading to find out more.

The risk is higher in individuals with a first-degree relative (e.g. parent, sibling, or child) with lung cancer

By being around someone who smokes in the house, your risk of lung cancer increases by 1.1 – 3.4 times. Women are also more vulnerable than men, making up as much as 70% of never-smokers with lung cancer in Singapore.

Passive smoking during childhood is also associated with a higher chance of developing nasal cancer. This is mainly due to the carcinogenic components in cigarettes, including aromatic hydrocarbons and nitrosamine, which result in DNA damage.

Tobacco smoking is the single most important preventable risk factor with 80% of lung cancer cases attributable to tobacco smoking. Smoking is most strongly related to squamous cell carcinoma and small cell carcinoma. There is a typical delay of 25-30 years between smoking and the diagnosis of lung cancer. Studies have shown that never-smokers who develop lung cancer have a higher survival rate than those who smoke.

On the other hand, small cell lung cancer grows rapidly and spreads (metastasises) to other organs earlier than NSCLC and is found mostly in smokers.

Typically, 70% of patients are diagnosed when they present with advanced stage characteristics. This means that the cancer has spread to either the tissues surrounding the lungs or to another part of the body (metastatic disease).

Half of NSCLC are caused by point mutations and other biomarkers. Point mutations are single base changes in the genome that may result in gene augmentations that change protein expression, affecting the body significantly.

Biomarkers differ greatly depending on ethnicity. The proportion of EGFR mutations is much higher in Asia than that of patients in Western countries. EGFR is a protein found on the surface of some cells that help with growth, but mutations lead to uncontrollable tumour manifestations.

There are many different genetic mutations in non-small cell lung cancer. Cancers in never-smokers are more likely to have EGFR mutations, KRAS mutations and ALK rearrangements. These tend to occur in the peripheral lung and are associated with fibrous scarring and pleural retraction.

Adenocarcinoma is a malignant tumour with glandular differentiation or mucin production by tumour cells and occurs in smokers and non-smokers. It is the most common type of lung cancer in women. The five-year survival rate varies from 69% in Stage I to 8% in Stage IV.

Squamous cell carcinoma is strongly associated with smoking and is characterised by squamous differentiation on histology. It usually arises centrally in the lung, obstructing the left or right main bronchus.

Surgery is performed in 20-30% of cases for Stages 1 and 2 in non-small lung carcinoma. Chemotherapy is administered to lower the risk of relapse and increase survival rates. Other targeted treatments such as radiotherapy are used when the cancer has metastasised, as seen in Stage 4 cancer patients.

Small cell carcinoma arises centrally, with widespread involvement of the lung. The cancer is usually metastatic, and chemotherapy is the first line of treatment for these cases.

Over the years, targeted drugs and immunotherapy have been developed, with the discovery of specific genetic mutations. These modalities have prolonged survival rates as compared to chemotherapy, but treatment is very costly.

Research has shown that prevention is better than cure and non-smokers are encouraged to better protect themselves by refraining from smoking and avoiding long hours of exposure to smoke. 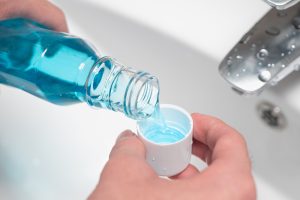 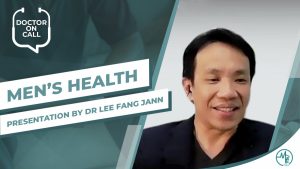 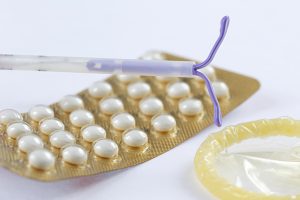 A Guide to Birth Control: 5 Different Methods You Should Be Aware Of

Birth control is a contraceptive tool that is utilised to prevent the occurrence of unwanted pregnancies. It has gained momentum as societies recognise the importance