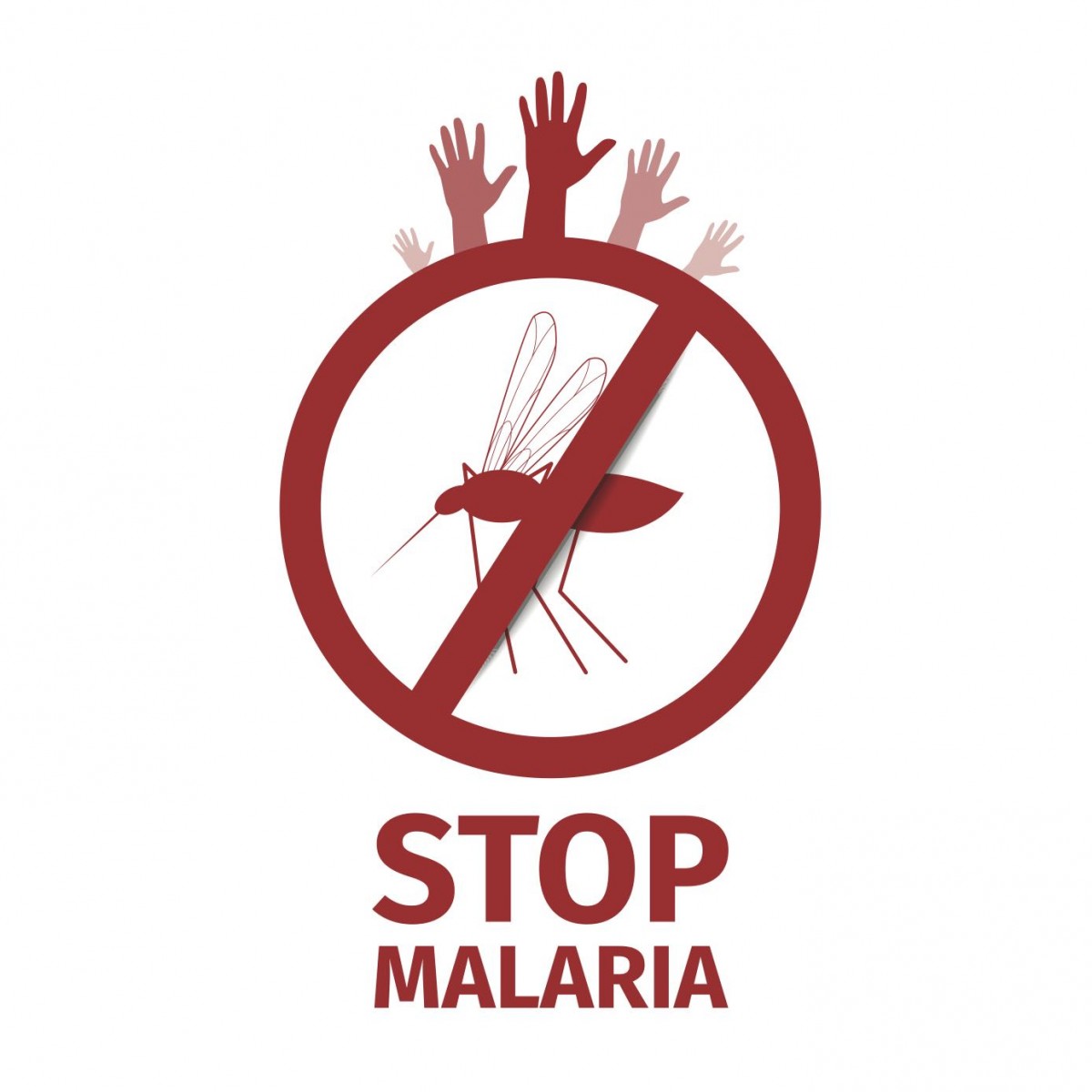 Malaria is a life-threatening disease transmitted by the bite of the parasitic Anopheles mosquito, usually between dusk and dawn. Two billion people risk contracting malaria annually. Malaria is most often found in Africa, Southern Asia, Central America, and South America. The disease is prevalent in developing countries with warm climates, and is a major public health issue. A potentially deadly infection, especially if you live in a country where it is common, read on to learn more about malaria: symptoms, prevention and treatment of it.

What are the symptoms of malaria? 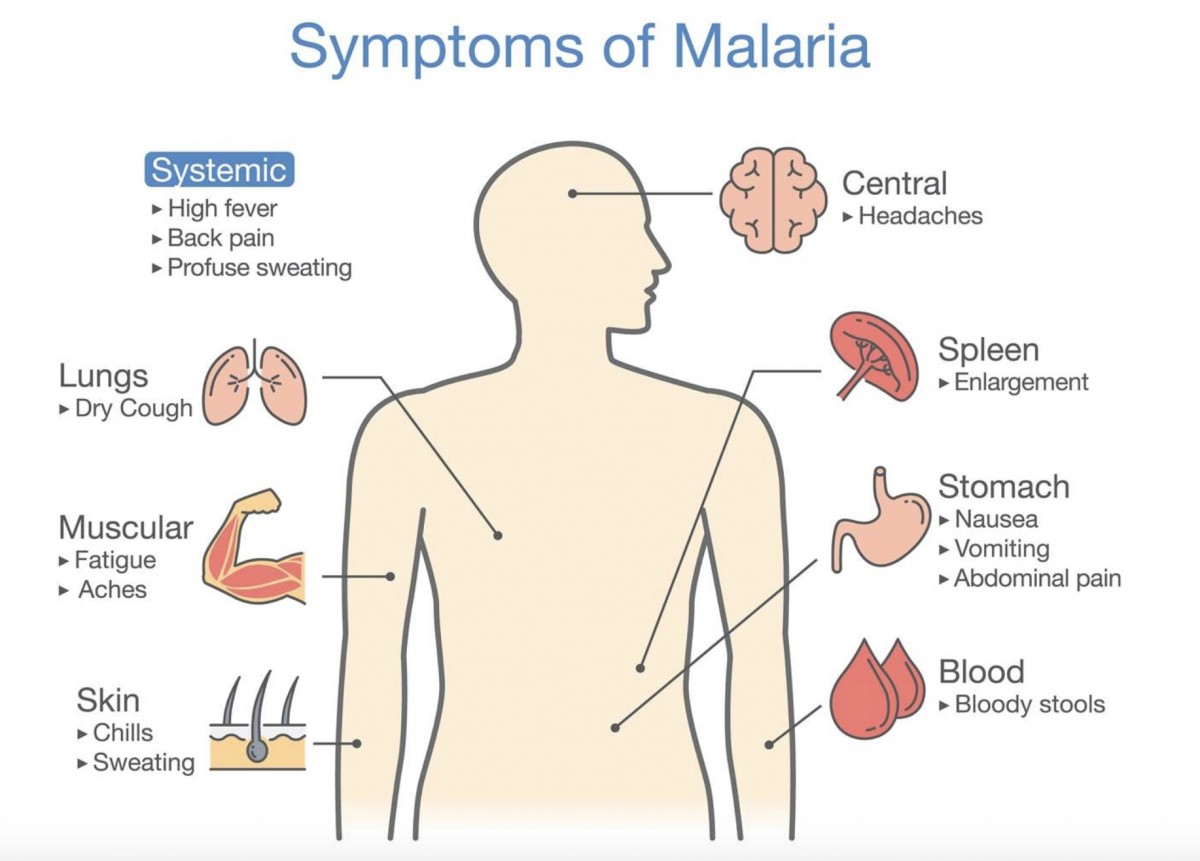 In the early stages, malaria symptoms may be harder to detect, as it is similar to other infections caused by bacteria or viruses. The most common symptom is fever.

Other common symptoms of malaria include:

The extent to which these symptoms occur depends on your health, age, and the type of malaria parasite that you have contracted. In very severe cases, malaria may lead to brain or spinal cord damage, seizures, and loss of consciousness.

Symptoms typically take between 7 to 30 days to appear, and may appear in cycles or episodes. The time between fever episodes and other symptoms to appear depends on the type of parasite infection. However, signs of illness can also take many months to appear depending on parasite species.

Typically, malaria infection should be suspected if you developed a fever and have travelled to a country where malaria is common. To confirm the diagnosis of malaria, doctors will take a blood sample to examine it under a microscope. In cases where a good quality microscope is not readily available, doctors may use a rapid diagnostic test (RDT). The test results will be available in 30 mins or less.

Who is at risk for malaria?

Some population groups have a higher risk of contracting malaria and developing more severe disease. These include:

How to prevent malaria?

Malaria can be prevented by the use of anti-malarial medications and measures to protect yourself against mosquito bites.

Use of anti-malarial medications

Your age, health and where you have travelled to, will determine the choice of medication prescribed to you. Special considerations need to be given to young children, pregnant women, elderly or patients with pre-existing health problems.

Some anti-malarial medications that your doctor or pharmacist may provide for you include: chloroquine, mefloquine, primaquine, doxycycline, and atovaquone-proguanil. Some of these medications may require you to start a few weeks before travelling to the country, and to continue for a few weeks after returning from the country to ensure all parasites in your body have been removed.

Measures to protect yourself

Other than taking anti-malarial drugs, you should also take precautions to avoid getting bitten by mosquitoes. Here are some tips to help you avoid mosquito bites:

Malaria is very hard to control due to the highly adaptable nature of the parasite. Currently, there is no vaccine against malaria and is usually treated with medications. The aim of treatment is to totally remove the parasite from your bloodstream, preventing the disease from worsening.

If you are going to countries where medical care is not easily available, your doctor may recommend medications for you to carry along. This is known as Stand-By Emergency Treatment (SBET). Your doctor will give you instructions on how to use the medication if you get malaria symptoms such as fever. This will serve as a short-term measure until you can get proper medical care.

If you are currently in a country where malaria is common, or have recently travelled to one, do head to the doctor within 24 hours of fever onset. This is because prompt treatment is needed to prevent life-threatening complications that may result in death.

Medications used to treat malaria depends on the type of parasite, country, and severity of disease. Some medications include chloroquine and artemisinin.

Malaria can be a life-threatening disease, but there are many ways to prevent malaria including using mosquito repellents and medications. If you would like more information on malaria, be sure to speak to your doctor or pharmacist today!

Written in conjunction with World Malaria Day 2021, held every 25th of April. 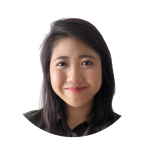 ShanPing is is a licensed pharmacist with years of experience working in the acute setting in a restructured hospital in Singapore. Apart from her genuine interest of contributing back to the healthcare industry, she enjoys whipping up a storm in the kitchen, being surrounded by nature, the occasional workout, d o g s and the quest for the best noodles around the world.